Skip to content Skip to search Skip to navigation

The Solent coast is special

The 250km (155 mile) coastline of the Solent is distinctive and dynamic. It has a wide range of habitats from the sandy beaches at Ryde and the shingle bank of Hurst Spit, to the vast natural harbours of Chichester, Langstone and Portsmouth. This makes the Solent one of the most important places in western Europe for birds. On a typical winter day there up to 125,000 birds along the shore. This includes internationally important numbers of eight species, and nationally important numbers of a further eight. Many more birds pass through on their migration routes from the Arctic and Scandinavia to the Mediterranean and Africa.

For these reasons, three areas of the Solent have been designated as Special Protection Areas (SPAs) by the government. Three areas are also designated as wetlands of international importance under the Ramsar Convention (an international treaty for the conservation and sustainable use of wetlands). 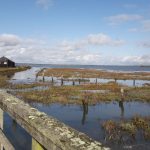 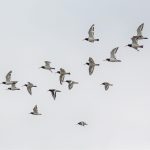 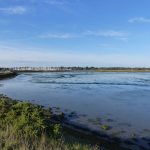 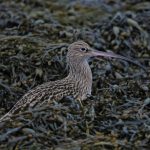 This website uses cookies to improve your experience while you navigate through the website. Out of these, the cookies that are categorized as necessary are stored on your browser as they are essential for the working of basic functionalities of the website. We also use third-party cookies that help us analyze and understand how you use this website. These cookies will be stored in your browser only with your consent. You also have the option to opt-out of these cookies. But opting out of some of these cookies may affect your browsing experience.
Necessary Always Enabled
Necessary cookies are absolutely essential for the website to function properly. These cookies ensure basic functionalities and security features of the website, anonymously.
Analytics
Analytical cookies are used to understand how visitors interact with the website. These cookies help provide information on metrics the number of visitors, bounce rate, traffic source, etc.
Advertisement
Advertisement cookies are used to provide visitors with relevant ads and marketing campaigns. These cookies track visitors across websites and collect information to provide customized ads.
SAVE & ACCEPT
Powered by